Consistently, ancient Egypt has supplied modernity with some of its most fascinating finds and unexplainable feats; from memories of eclipses and energy maps, architecture that stood the test of millennia, to gods-turned-pop-culture-keystones: if there is one thing to be said about Egyptian history, it is an ongoing invocation of creativity.

A timeless invocation of creativity.

Ancient Egypt’s calendar is a fitting example of just that: a calculated and intelligent mastery of time, and the first known to mankind. With 2022 bearing in with pressing winter winds, it’s fitting to take it back to basics – to understand the true essence behind how time moved, moves, and will move on Egyptian soil.

Here is the ancient calendar Egyptians first relied upon.

The Nile is at the heart of most things Egyptian, and this calendar is no exception. The ancients monitored Nile water activity from its flooding to its retreat; observing that the Nile began its routine flooding every 365 days, Egyptians put together what is now known as the 12-month calendar, similar to that in circulation.

They divided the months into 30 days apiece, with mythologies of Nut and Geb (Goddess of the Sky, God of the Earth) producing the final odd five that tailed at the end of each annual year. This was considered the civil calendar, which was one of two types used by the ancient Egyptians to delineate time.

The second type was the lunar calendar, which much like the name suggests, is more reliant on matters of the moon. Similar to the present Islamic calendar, the lunar calendar followed changes in moon cycles, the waning and waxing, and tide-monitoring. Though the lunar calendar was less relied upon than its predecessor, it divided the year further into hours and days rather than grand months and seasons. 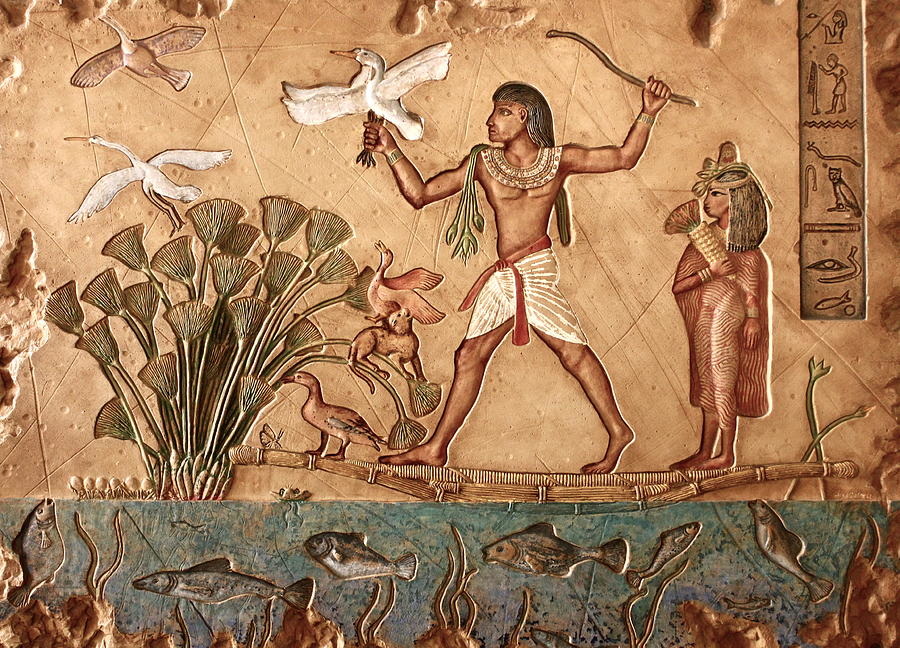 Akhet was the first season of the year, marked by the flooding of the Nile. By today’s estimates, the season falls roughly between July and December of the Latin calendar. Additionally, it was “marked by the heliacal rising of the dog-star Sirius, deified as Sopdet in ancient Egyptian, which was associated with the goddess Isis.”

Akhet was composed of four months: Thout (New Year), Paopi (Opet Festival), Hathor (after the Goddess Hathor), and Koiak (“soul upon soul” in reference to the Apis Bull). These names are cited according to the Coptic calendar, the most recent rendition of the ancient Egyptian civil calendar.

Directly after Akhet, came Peret, the season of fertility and growth; after the Nile waters receded, farmers would capitalize on the now silt-enriched soil to grow their crops in the following months.

The Coptic calendar notes that Peret was composed of the four months of Tobi (receding Nile waters), Meshir, Paremhat (named after Amenhotep) and Paremoude (named after the Goddess Renenutet).

Shemu is the final season on the Egyptian calendar, and it is the season of harvest. After a year-long effort of growing their crops, farmers enjoyed the harvest season during the summer months. Shemu is said to mean “low water” in reference to the Nile.

Shemu is composed of four months as well, including Pashons (named after the God Khonsu), Paoni (Festival of the Valley), Epip (Festival of Mut), and Mesori (Birth of Ra).

Despite the colorful names that lighten these pages, one thing is for certain: Egyptians, much like their histories and calendars, have stood the test of time – and will continue to do so despite hardship.

Egypt Suspends Imports From Over 800 Brands, Including Nestle, Vaseline, and...

The One Man Show: Talaat Harb’s Legacy in Egypt