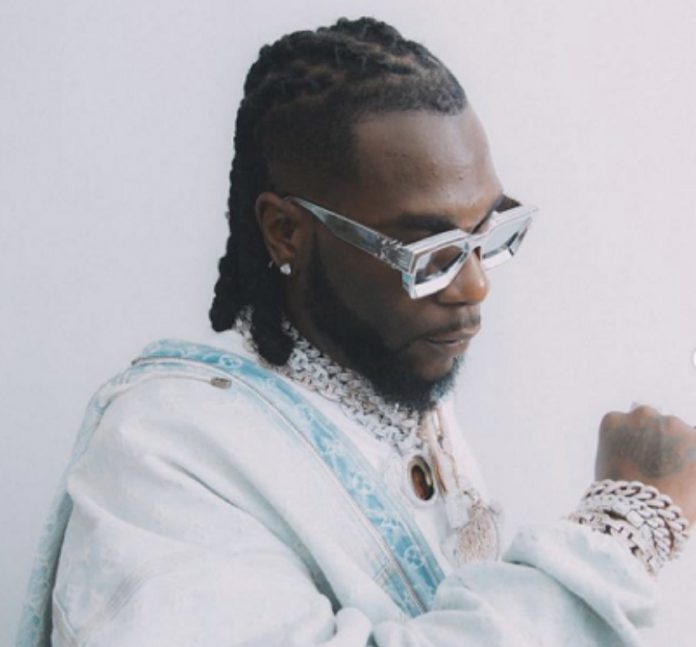 Reactions have trailed from fans after Grammy award-winning singer, Burna Boy revealed he singlehandedly sold out tickets for his show in the 02 Arena, London.

The self-acclaimed African giant, who had his show over the weekend in the 02 Arena, did not just record a massive accomplishment but also dazzled his fans and most social media users with his song grand entrance on stage which was promoted by a spaceship.

Even though some on social media argued he didn’t actually emerge from the spaceship noting he was already among the public and that was why the smoke had to be provoked to produce a make believe effect.

While others were simply mind-blown glimpsing ‘Odogwu’ pulled off such incredible stunt.

colmac_auto_transport said: “He didn’t come out of that space ship, must have come out through underground. The smoke effect was used to cover up and make us believe he dropped from the spaceship.”

izilee8 opined; “Holograms and popping up from under the stage … Very creative. Nice one!”

jesicaosajie said: “Why do I feel he didn’t come out from the spaceship but from down the stage, and used the smoke as a disguise.”

King of R&B, R. Kelly sentenced to 30years in jail for sex crimes

Ghanaian Artist, Shatta Wale charges his legions of fan to show him love

Summer travel misery ahead as industry workers in revolt

‘I am now broke. I need funds’ – Portable