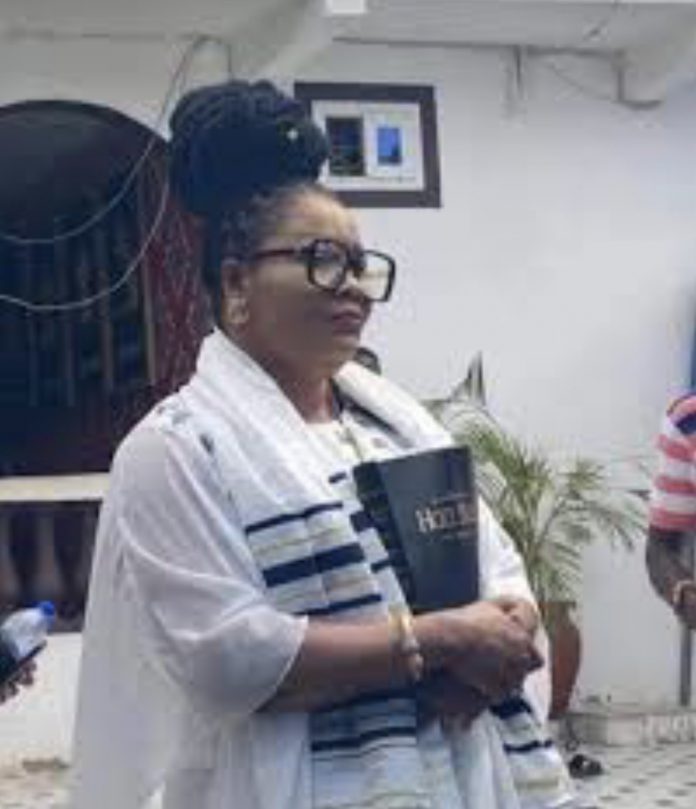 Ghanaian Self-baptized woman of God, Evangelist Patricia Oduro Koranteng has announced she is returning to her fetish ways as Nana Agradaa.
Agradaa has not had a fruitful Christian life and has accepted that not everyone is created to work in the house of the Lord as a preacher.
Months ago, this woman put up a spectacle that got her attending for weeks. She pulled down her shrine and set some of her gods ablaze claiming she has accepted Lord as her savior and would be working as God’s servant.
She bestowed on herself the title of an Evangelist, changed her name Agradaa to Patricia Oduro Koranteng aka Mama Pat, and got baptized in a swimming pool.
However, Later in her journey as a servant of God, She established a church and was said to be charging a registration fee for believers who want to worship with her.
After all the drama, the self-acclaimed woman of God, Evangelist Mama Pat claims she is going back to the old Agradaa.
She was seen in a viral video detailing why she must return to her old lifestyle.

SANDF on high alert: Is SA on the verge of anarchy?

‘We must celebrate achievements of SA women’ – Ramaphosa

Seven of 81 Krugersdorp suspects positively linked to rape of women

‘I declined abortion, Portable is ignoring me” – Nigerian lady cries...