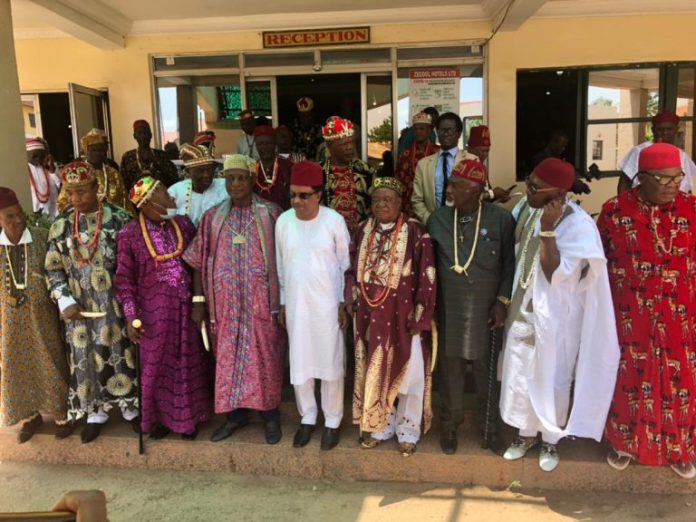 Civil Rights Activist and a former Senator who represented Kaduna Central Senatorial district in the 8th National Assembly, Shehu Sani said Igbo people in the South East of Nigeria have been marginalised in the last 51 years.

He advised the Nigerian government not to contemplate enforcing unity through threats in the obvious agitations occasioned by marginalisation of the South Easterners, but
rather by giving justice and equity.

The popular activist who spoke at a meeting organized by the Association of Eze-Ndigbo in Diaspora in Kaduna described the situation Igbo people found themselves as a collective punishment, revealing that there was a pattern of political, social, and economic injustice designed for them right after the end of the 1970s civil war, by those still nursing a mutual suspicion.

Sani insisted that the three-year civil war memory hasn’t gone away from those who designed a systemic exclusion and marginalisation of Igbo people of South Eastern Nigeria, a situation he posited, led to collective punishment of Igbo.
According to him, Igbo should be trusted and have proved that they were patriotic when they elected a Fulani man as Mayor of Enugu in the pre-war era.

“I could recall that Igbo have done more than enough to prove that they are patriotic Nigerians by electing a Fulani man, Faruq Altine as Mayor of Enugu twice before the outbreak of civil war in the South East.

“That act alone electing a Fulani man as mayor sends a message to Nigeria that whatever happens subsequently is not the fault of Igbo.

He faulted those seeing Igbo as unpatriotic, arguing that equity and fair treatment of Igbo in the Southeast would cure agitation and resurgence of secessionist groups in the region.

The ex-lawmaker noted that 2023 will be an opportune time for power rotation in the demonstration of peace and unity.

He said “Most of those who want to divide this country aren’t picking their reasons from the sky, they are building their reasons on injustice and inequity meted to them. The only way to defeat a secessionist who doesn’t believe in one Nigeria is by giving justice to them.

“Each time we have a government, they give juicy positions to other tribes, excluding the Igbo.

“When you exclude an Igbo man from appointment, you are proving those who don’t believe in one Nigeria a right

“I have not been sexually harassed” – Actress, Caroline Igben

No place for drunkards in heaven – Eucharia Anunobi