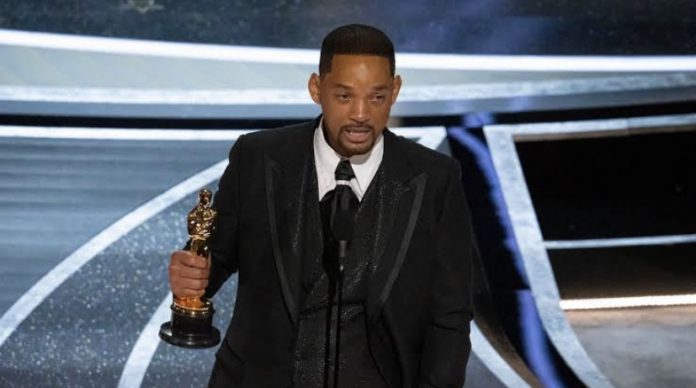 Netflix has paused the production of ‘Fast And Loose,’ an upcoming movie by Will Smith. This is following the disagreements meandering his face-off with Chris Rock at the 2022 Oscars.

On March 27, Smith slapped Rock in the face, after the comedian joked about Jada Pinkett’s shaved head — which is due to the hair-loss condition called alopecia.

Smith was originally billed to shoot the movie for Netflix.

The anticipated movie has Smith as the lead actor, divulging the story of a crime boss who loses his memory after an assault.

After a serious inquiry, he realises that he has led a double identity as a wealthy kingpin and a broke CIA representative.

Netflix is, however, pondering if it should proceed with Smith in the lead role or replace him.

The Oscars incident is considered another major blow to the production as the movie director, David Leitch, resigns.

Leitch had earlier resigned from the movie production before this year’s Oscars.

This follows at about the same time when executives of Creative Artists Agency (CAA) are said to be divided over what to do with Smith.

It was reported by Daily Beast that after Smith’s action at the Oscars, a hectic controversy ensued among Bryan Lourd, Richard Lovett, and Kevin Huvane, the talent agency’s executives, on the possible penalties he should face.

Govt sets aside additional Sh2bn to fight famine and drought