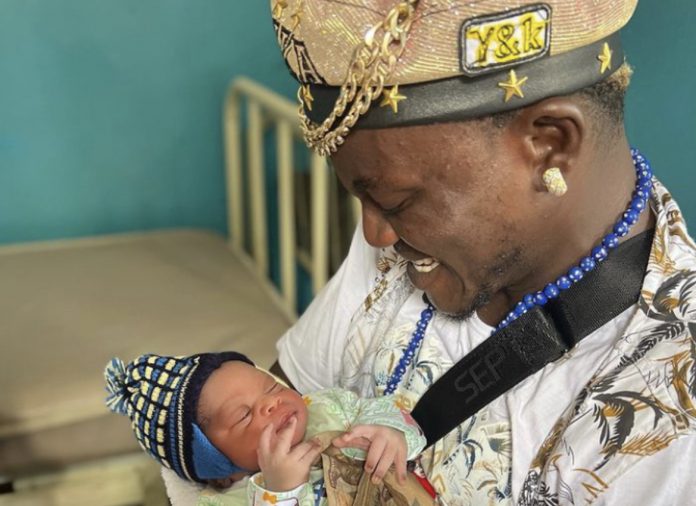 Fast-rising Nigerian singer, Habeeb Okikiola popularly known as Portable, has received the birth of his second child with his baby mama, Omobewaji Ewatomi.

The singer and Ewatomi had named their first child Iyanuoluwa.

Portable disclosed this on announced on Tuesday via his Instagram page, with pictures of himself and the newborn baby named Opeyemi Oluwami.

Portable came into the spotlight in December 2021, after the release of his hit track ‘Zazoo Zeh’ featuring Olamide and Poco Lee.

It will be recalled that he had once boasted of having six ‘wives’ and many children.

Portable is currently nominated for the ‘Rookie of the Year’ and‘Best Street-Hop Artiste’ categories at the 2022 edition of theHeadies.

I want to thank all Kenyans who came forward to vote...

Helen Paul laments over the poor state of electricity in Nigeria