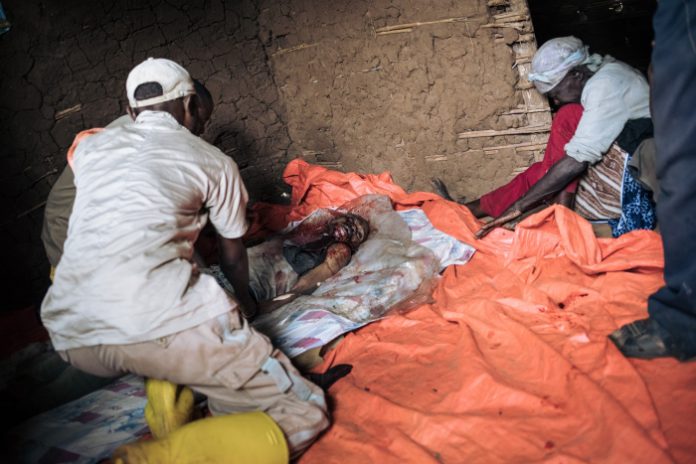 The International Committee of the Red Cross (ICRC) stated that radical Islamists beheaded 20 Christians in Congo.

It was gathered that at least 50 Christians have been murdered by the Allied Democratic Forces (ADF since the start of October.

The ADF is a terrorist operation within the Islamic State of Iraq and Syria – Democratic Republic of the Congo (ISIS-DRC). The group killed over 849 Congolese civilians in 2020 alone.

One of the 20 victims on October 4 was Sobu Mundeke, an evangelist with the Anglican Church of Congo. He and his family had fled from the ADF in May 2022 when the Islamists attacked the village of Vido, killing 16 people.

“It pains me to inform you that we have lost 20 Christians of the Banande-Kainama camp and our evangelist, Sobu Mundeke, is one of them. Their bodies are lying all over, and houses have been burnt down by the ADF rebels. We have also confirmed that other people are missing, and we know they have been taken away by the Muslim fighters.”

According to the ICC, the aim of the ADF “is to impose Islamic rule on the Christians, and this they will do by violating the freedom of worship of believers in order to cause fear and recruit more people into Islam.”

“We are losing believers almost every night savagely slaughtered or shot dead by the Muslim rebels. We do not get to know all the cases, but we can verify that since the beginning of this month, 50 have been killed, and tens taken away as hostages to serve the rebels in their camps inside the forests.”

“In the Ruwenzori Sector, on the night of October 1, they killed 11 people with several cases of missing people. Again on the night of October 2, 19 people were brutally killed, and others went missing in Mambume, Mutuei, and Mangazi in the locality of Mamove, Oicha. Then on Tuesday night, October 4th, they massacred 20 people in Kainama, and several others are reported missing until now,” he added.

Code of conduct for digital media practitioners: A tool to promote...