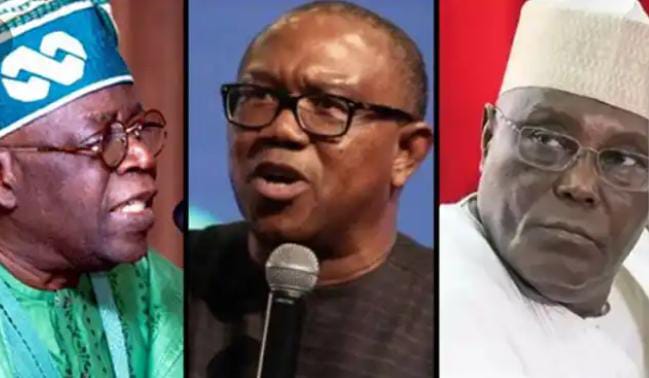 Labour Party supporters disrupted the presidential debate organised by Arise Television and a group, Centre for Democracy and Development on Sunday.

It was gathered that the drama ensued over the inclusion of the vice-presidential candidate of the Peoples Democratic Party (PDP), Ifeanyi Okowa.

The supporters who had earlier asserted that they would not allow Okowa to represent the PDP presidential candidate, Atiku Abubakar at the debate, later asked Obi to leave the venue.

“Mr Obi, please talk to your supporters,” the anchor of the programme, Reuben Abati urged the LP candidate to appeal to his supporters.

However, Obi denied those disrupting the debate as his supporters.

Present at the debate were the presidential candidates of the New Nigerians Peoples Party, Rabiu Kwakwanso; Peoples Redemption Party, Kola Abiola and Obi; while Bola Tinubu of the ruling All Progressives Congress and Atiku were absent.

FDA suspends services of waakye joint at Oyibi that killed one...