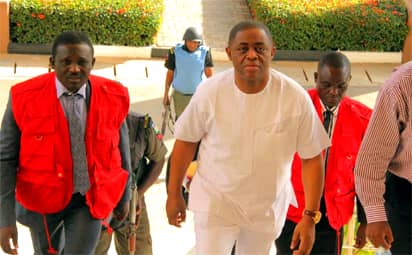 The Economic and Financial Crimes Commission (EFCC), has taken the former Minister of Aviation, Femi Fani-Kayode, into custody on Tuesday, November 30, over allegations of fraud.

FFK was taken to the EFCC office shortly after his trial at the Federal high court in Lagos on alleged money laundering was adjourned till January 2022. The former Minister was in court in continuation of his trial in an alleged N4.6 billion fraud.

Recall that on November 23, FFK was quizzed at the Lagos zonal command of the EFCC over allegations of forgery. He came out to confirm he was interrogated by EFCC operatives but was granted bail afterward.

It was gathered that the hearing of the case against him today couldn’t continue due to the absence of Ferdinand Orbih, counsel representing the first defendant, Nenadi Usman.

Not long after the case was adjourned, EFCC investigators walked up to FFK and escorted him to their office for further interrogation.