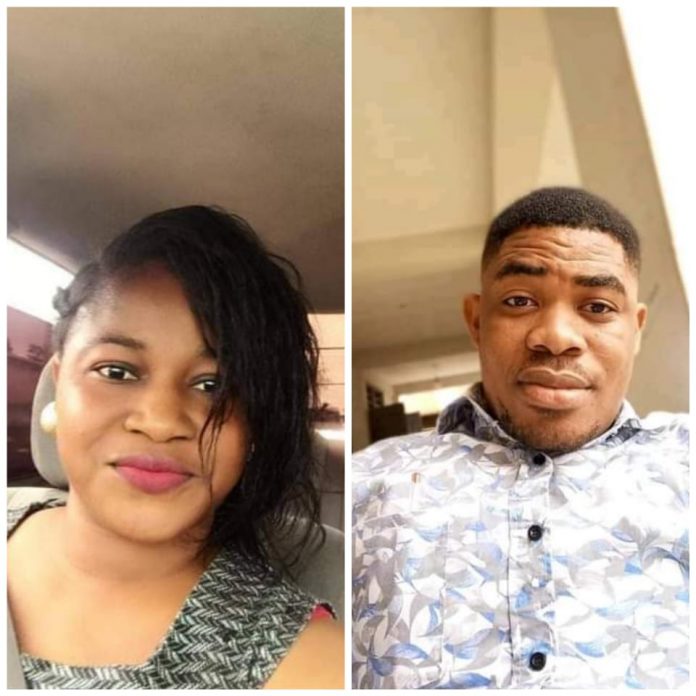 A 31-year-old woman identified as Yesutor Elizabeth Akpalu, has died after she was allegedly assaulted by her fiancé in Ghana.

It was gathered that the deceased, a 300 level student of the Evangelical Presbyterian University College, was rushed to the Ho Teaching Hospital by her friends on Sunday, March 7, after she complained of severe pain in the chest, ribs and neck. She died in the early hours of Monday, March 8.

According to the Volta Regional Police Commander, DCOP Oduro Kwateng, the victim had complained to her friends about being physically assaulted by her boyfriend, Phillip Ceasar, said to be the Deputy Director of Youth Employment Agency (YEA) at Akatsi North.

Medical reports sighted by journalists allegedly indicates that the deceased had injuries on her left shoulder as well as swollen eyes as a result of the assault.

Her friends alleged the suspect has been assaulting the deceased for a long time but she refused to report to the police because her wedding was pending and she did not want to ruin her relationship.

Further investigation by Ghanaian Times revealed that the suspect allegedly tortured the deceased in December 2020 and again in February 2021.

Kwateng confirmed that the suspect was arrested by the Ave-Dapka police on Tuesday, March 9. He was later moved to the Volta Regional Headquarters in Ho, where he is in custody while further investigations are ongoing.

“The suspect is in police custody and we have begun investigations into the matter.” he added.

Also confirming the incident, spokesperson of the Volta Region Police, Prince Dogbatse, said he said the got a call from the Ho Teaching Hospital about the case.

“The Volta Region Police Command has initiated investigations into the incident. Currently, bits and pieces of information that we have picked from the students and some other individuals suggest that the deceased suffered from assault from her boyfriend,” Dogbatse stated.

“We have picked that boyfriend and he is in our custody assisting in investigations. As is normal with death, we are waiting for the pathologist’s report.” he added.

Cracks within ANC continue to widen