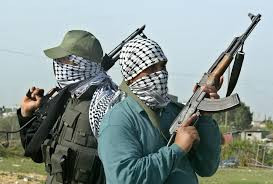 At least 19 people have been kidnapped by gunmen, while a clergyman has also been killed in Ogu, Tegina, and Chukuba communities in Niger State.

According to Channels TV, the residents of the Ogu community say the gunmen stormed the community on Sunday morning December 13 and started shooting into the air.

“The gunmen in their large number arrived in Ogu on motorcycles and before we knew what was happening, they started shooting into the air.

“They ransacked people’s houses and whatever valuable they could lay their hands on, they carted away.

“They also abducted six persons from Ogu. Four of the persons abducted were members of one family while the other two were visitors to the community” Kamal Wayam, a resident said

Meanwhile, a resident of Tegina community, Sanni Gamachindo, said gunmen stormed their community at about 12:30 am today Monday, December 14, and abducted 16 persons.

“The gunmen entered the room of my daughter that night, but she hid herself under the bed, while her husband went up the ceiling,” Sani Gamachindo, a resident of the community, told Mohammed,

He added, “When the gunmen entered their room, they spent like 30 minutes and ate almost all the food in the kitchen. Thank God they were not abducted, but 16 persons were kidnapped.”

In a related development, a clergyman with the Evangelical Church Winning All (ECWA), Jeremiah Ibrahim, was killed by gunmen in the Chukuba community in Shiroro LGA on Friday, December 11.

A senior official of the church who spoke on condition of anonymity said Pastor Ibrahim had gone to check his farm in Chukuba and decided to visit a colleague who was the resident pastor of Chukuba when he was attacked and killed. He said the clergyman has since been buried.

The state police command is yet to comment on the recent developments.

On eve of election, Italy braces for potential far-right win

Chaos in classrooms caused by ‘jam and peanut butter’ children