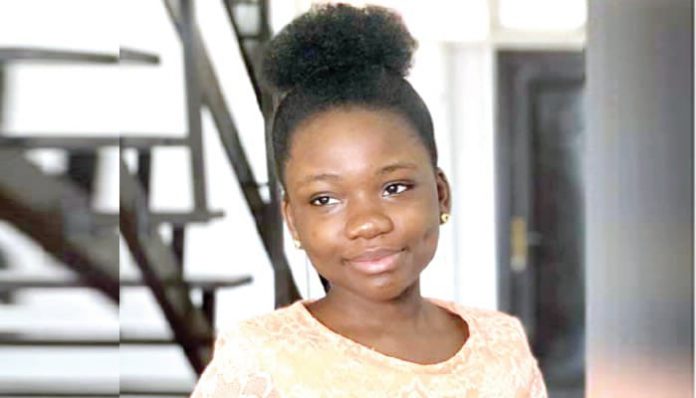 About thirty Civil Society Organisations (CSOs) have served a –five-day ultimatum on the Minister of Women Affairs, Pauline Tallen and Minister of Education, Adamu Adamu for them to take concrete action in fishing out the person who raped 14-year old Keren-Happuch Aondodoo Akpagher, who was a boarding student of Premiere Academy, Lugbe, Abuja, leaving condom inside her, which infected her with sepsis and spike her blood sugar, causing her death.

Following Keren-Happuch’s death on the 22nd of June 2021, her mother, Vivien Akpagher had filed a criminal complaint against Premiere Academy, Lugbe at the FCT Police Command having been told by Queens

Clinic that her daughter had been raped and the condom left in her had infected her with sepsis leading to her death.

Speaking at a press conference in Abuja on behalf of the CSOs, Alu Azege of Media, Health and Rights Initiative said “she was dismayed by the conspiracy of silence and inaction exhibited by the Ministers of Women Affairs and her Education counterpart over four months after the rape and death of Keren-Happuch.

“The silence and inaction of both ministers, who have stature duties over the safety of children and educational

institution does not only amount to abdication of responsibility, but it also incentivises and emboldens perpetrators of Sexual and Gender-Based Violence.”

She  explained that based on the silence and inaction of both ministers, “We have therefore served both of them notices that should they not wake up to their responsibilities and take concrete action on

this matter, we shall coordinate a nationwide protest against them and call for their removal”,

She said the notices of mass protest served on both ministers was signed on behalf of the coalition of 30 CSOs by Barrister Uzoma Aneto of Nde Oduko Foundation, Comrade Emmanuel Onwubiko of Human Rights

The notice to the Minister of Women Affairs, which is substantially the same as that of the Minister of Education, in part reads thus: “Madam, in a – 21st century, where countries are striving to contain the rising tide of Child Sexual Abuse and indeed Sexual and Gender

Based Violence, we hold the considered view that your silence and inaction on the instant case serves an incentive for perpetrators of

these acts of violence, who need to see you go beyond the optics and rhetoric to concrete actions.

“Suffice it to say bringing culprits and perpetrators to book are essential steps to curtailing the menace, which the Federal Government has itself since admitted is another pandemic of public and social health concern. Your silence and inaction in the case of Keren-Happuch Aondodoo Akpagher is not golden; instead, it emboldens such

perpetrators as they continue to evade justice.

“The coalition has been alone in calling out the FCT Police Command, which was handling the case unprofessionally and in fact, undermining its investigation by conferring undue advantage to Premiere Academy.

We have mounted the needed pressure and have had the case transferred to the Force Gender Office, which we expect would handle the case professionally.

‘’We, therefore, enjoin you to make a public statement, demanding a thorough investigation by the Force Gender Office, apply the relevant provisions of the Child Rights Act to make Premiere Academy, Lugbe accountable for the events surrounding Keren-Happuch Akpagher especially from the 15th and 16th of June 2021 when she was believed to have been raped as she was reported to have been writhing in pain and unable to walk to class and needed the help of two classmates.

‘’Furthermore, under the legal principles of in loco parentis and occupier’s liability, Premier Academy, Lugbe, Abuja is expected to take full responsibility for what happened to the child that was in its custody. Instead, they have been embarking on media propaganda to deflect responsibility elsewhere.

‘’We are therefore using this medium to notify your Office of our intending Protest Walk across the country 5 days from the date of the acknowledgement of this letter by your office if no concrete and positive steps are taken in the right direction.

‘We intend to also call you out for abdication of responsibility, ask the National Assembly to declare a vote of no confidence on you and

consequently, call on the President and Commander-In-Chief of the armed forces of the Federal Republic of Nigeria to remove you from office.’’

5 Tech Innovations Waiting to Take Off in Egypt

Cholera Outbreak: No fewer than 24 Persons dead in Bayelsa