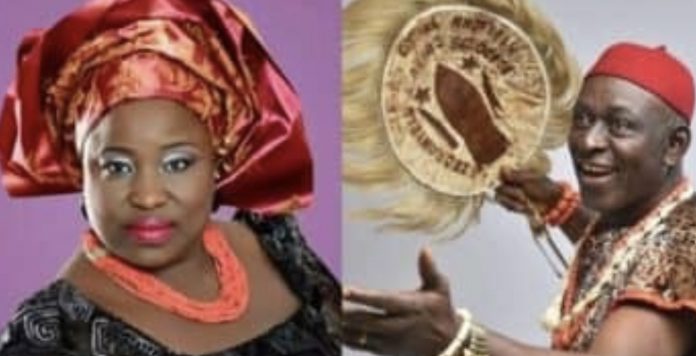 Barely 24 hours after prominent Nollywood actors and members of the Actors Guild of Nigeria (AGN), Cynthia Okereke and Clemson Cornel, aka Agbogidi, were kidnapped in an Enugu suburb, their abductors contacted their families and demanded $100,000 as payment for their ransom.

The actors were reported missing after their family members confirmed they didn’t return home from a film location at Ozalla Town, Enugu state, on Thursday.

Both actors are renowned for starring in movies shot in Enugu and Delta states.

On Saturday, the AGN national president, Emeka Rollas, told journalists that the kidnappers are requesting a lump sum in dollars.

He said, “The kidnappers have made contact with the families and are demanding the sum of $100,000. We pray to God for his intervention and for Him to put confusion in their midst.

“We are also working closely with the different security operatives, but we are not sure what to expect from them because the same thing is happening everywhere in the country..”

Mr. Rollas also said members of the Guild are working closely with the families of the victims and the security forces to ensure their safe release.

As part of measures to forestall a repeat occurrence, Mr. Rollas said that the Guild had ordered its members not to shoot outside of the metropolis and to ensure that they make adequate provisions for security in their locations.

AGN’s Director of Communications, Monalisa Chinda, broke the news of the kidnap of the actors in a statement on Friday.

Ms. Chinda said their kidnap had increased fear amongst members about the safety of actors filming in the country.

Kibicho urges Kenyans not to crowd at polling stations after voting

Liverpool ‘are considering offering Firmino or Keita in swap deal for...

Fire destroys Property worth over N18m in Kano