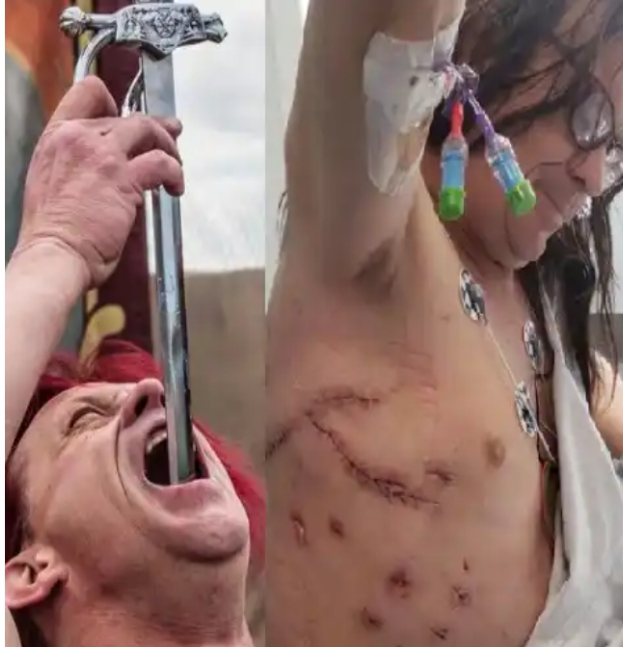 A legendary sword swallower has been hospitalised with horrific injuries to his abdomen and liver.

First responders were called to the Six Flags of America theme park in Woodmore, Maryland, on October 31, although Nelson reportedly didn’t suffer the injury during the show.

“It wasn’t an accident during the show, but rather other unrelated health issues,” said Josh Bowren, executive producer for Aaron Radatz Productionz, who directed the show Nelson appeared in.

Nelson, 59, said five swords scissored out in his abdominal cavity – seemingly during practice – and he was rushed to a nearby hospital in Washington DC.

Doctors initially thought Scott Nelson, also known as Murrugun The Mystic, wouldn’t recover from his injuries, which saw part of his lung removed.

Prophet Muhammad Was Insulted While Alive, Yet He Didn’t Kill Anybody...

Twitter confirms Trump’s ban is permanent even if he runs again...