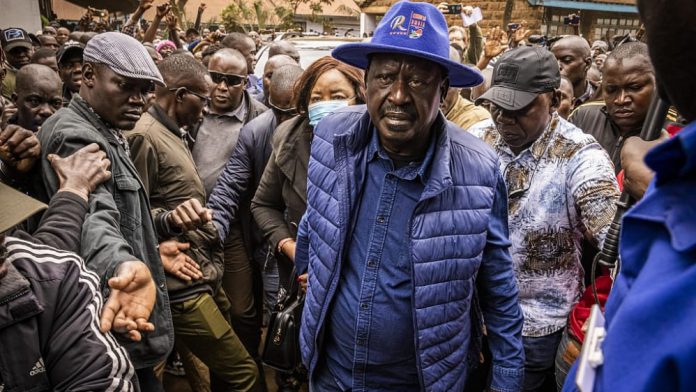 One of the candidates of the just concluded election, Raila Odinga has described the results of the race as a “travesty” and warned that a long legal crisis was facing Kenya’s democracy.

“Our view is that the figures announced by Chebukati are null and void and must be quashed by a court of law,” said Odinga, a veteran opposition leader and five-time presidential candidate who was backed this time by outgoing President Uhuru Kenyatta.

“What we saw yesterday was a travesty,” he told reporters, but appealed to his supporters to remain peaceful. “Let no one take the law into their own hands,” he said.

Odinga broadcast the dissenting commission members’ news conference at his own venue before taking the stage. He said he was not yet prepared to announce specific legal steps.

Odinga has until next Monday to file a challenge with the supreme court.

Meanwhile, according to the electoral committee, Ruto defeated Odinga by about 233,000 votes.

Wizkid’s Babymama Shows off her Fiance