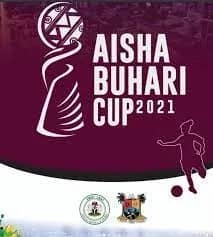 To ensure that all logistics are ready  for the arrival of the invited players of Nigeria’s senior women’s football team, Super Falcons, the backroom staff arrived camp Sunday evening for the Aisha Buhari Cup tournament.

The bulk of the 19  overseas-based  invited players of Super Falcons will move into close camping from  Monday September 13, 2021, in Victoria Island as many of them who played league matches for their clubs on Sunday can only arrive Lagos on Monday.

It was exclusively gathered that Super Falcons will lodge at the  ultra-modern Radisson Blu Anchorage Hotel which sits on the banks of the upscale Victoria Island in the  beautiful Lagos Lagoon.

It was also learned that the backroom staff who will arrive the camp Sunday evening will prepare the ground for the host team ahead of their first training session on  Monday evening in Lagos just as the Mobolaji Johnson Arena, Onikan (formerly Onikan Stadium) is few meters away from the hotel.

Meanwhile, all the invited countries are expected to start arriving Lagos from Monday with the Moroccan  delegation billed to touch down in Lagos on Monday aboard Air Maroc.

Also, delegations of Black Queens of Ghana and Les Aigles of Mali will arrive aboard the same Askay flight Monday afternoon.
South Africa’s Banyana Banyana are also scheduled to jet into Lagos aboard a South African Airways flight on Monday evening.

However, the Indomitable Lionesses of Cameroon delegation is the only team expected to arrive Nigeria on Tuesday, September 14 ahead of their first match on September 16 against Morocco at Agege Stadium.

President Ruto back to political backyard for National Prayers next Sunday

When fans could return to football stadiums after Boris Johnson reveals...