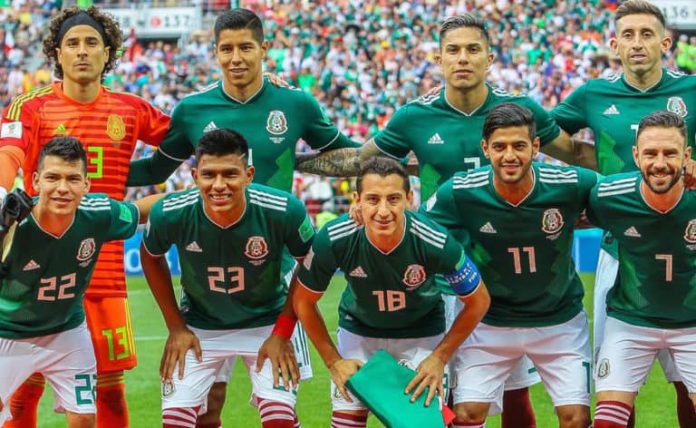 The Mexican Football Federation has announced the list of players summoned by Gerardo Martino, Technical Director of the Mexican National Team, for the next three friendly matches against Nigeria, Uruguay and Ecuador, as well as for the two Nations League games against Suriname and Jamaica in June.

The Super Eagles will be facing the Concacaf powerhouse in glamour friendly at the AT&T Stadium in Texas, United States on May 28, 2022.

Martino has called up thirty eight players comprising twenty five players based in the Liga MX, twelve on the books of European clubs and one in Major League Soccer.

Arsenal youth team star, Marcelo Flores has been named in the Mexico squad after pledging his allegiance to the country.

The 18-year-old, who was on the bench for the Premier League clash against Crystal Palace last month, is eligible to represent Canada and England internationally.

Four goalkeepers, fourteen defenders, fifteen midfielders and five strikers have been included on the expanded roster.